Hyper-Independence: Breaking Free from the Legacy of Loneliness 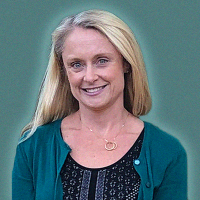 Independence is generally considered a positive characteristic. But like any personality trait, independence falls on a spectrum. Some people do very few things for themselves, and some are hyper-independent, priding themselves on needing no one. As with many things, the optimum lies in the middle. Some self-sufficiency is important, but human beings are interdependent by nature. Everyone needs help sometimes, and it is within this context of helping one another that relationships are formed and nurtured.

Debbie* grew up the oldest of 3 girls in a small town in rural America. By the time she was 10, Debbie’s mother had been hospitalized twice for bipolar disorder.  When Debbie was 12, her mother died by suicide, leaving Debbie to care for her two sisters and her father, who struggled with alcoholism.

Debbie learned at a young age that adults were unreliable. It was up to her to keep the household running. Debbie became practiced at putting her family members’ needs before her own, and prided herself on needing no one.

When she finally left home at age 22, Debbie rejoiced that she would finally be free to do what she wanted. She worked hard at her job as a lab research assistant, working her way up to lab manager. When additional hours were needed, Debbie was the first to volunteer, such that she was often the first one in the lab and the last to leave at the end of the day.

Debbie's coworkers admired her but described her as guarded and standoffish. In addition, Debbie’s supervisor told her that she needed to delegate more and accept help from her team. Debbie did not like asking for help, as she felt it made her appear “needy.” Debbie’s hyper-independence made it difficult for her to develop close relationships with anyone. Though she would never admit it, Debbie often felt lonely and unfulfilled.

*Names and identifying characteristics have been changed.

Hyper-independence is the attempt to be fully independent in all things, even when it is not helpful or rational to do so. Hyper-independent people often resist asking for help, even in extreme circumstances. They are guarded in relationships, reluctant to “let someone in” or share personal information.

As in Debbie’s case above, hyper-independence often starts as a coping mechanism. Debbie never knew what she was coming home to. Her dad could be passed out on the couch, or her mom in the middle of a frightening manic episode. Debbie became hyper-independent as a way to cope with this uncertainty and protect herself from disappointment and hurt. But while being hyper-independent may have helped Debbie to survive in childhood, as an adult, it was keeping her from having satisfying relationships and resulting in reprimand from her boss.

In addition, because hyper-independence is often related to trauma, hyper-independent people can have characteristics of post-traumatic stress disorder, or PTSD. Symptoms of PTSD include:

People who are hyper-independent often have a history of abuse, neglect, or other trauma. Faced with an unstable and/or dangerous situation, the body’s survival instincts kick in. Being hyper-independent can feel like a way to stay safe, a metaphorical shield that protects the traumatized from further  emotional or physical injury.

The problem is that even when the danger has passed, the survival instincts remain stuck in place. People who are hyper-independent are more prone to stress and burnout because they try to do everything themselves.

Cultural background can also influence hyper-independence. Western cultures like America and many European countries value independence more than other cultures do. In 2010, Canadian psychologist Ara Norenzayan published a study of what he calls "WEIRD" (Western Educated Industrialized Rich Democratic) countries. "There is a stronger sense of autonomy and agency," Norenzayan says about these countries, whereas other parts of the world are more "collectivistic." Psychologist and Stanford Professor Hazel Markus adds, "The idea is that the person [in Eastern cultures] is not a whole, but a part, and only becomes whole in the connection with others."

There are many misconceptions about hyper-independent people, but these myths only contain part of the truth.

Fiction: Hyper-independent people are free to do whatever they want.

Fact: This freedom comes at a cost. Hyper-independent people miss out on activities and projects that require more than one person.

Fact: Hyper-independent people are often more sensitive to rejection and hurt feelings. Also, there is safety in numbers, whether you are hiking a mountain or walking home late at night.

Fact: It takes more strength to admit that you need help.

Fact: While this may be true in some cultures or communities, people often perceive hyper-independence as disrespect or distrust. Consider what it would be like to have a colleague who never let you contribute or take charge.

Sheleana Aiyana, author of Becoming the One

Most hyper-independent people realize at some point that their coping mechanisms for avoiding hurt and disappointment are no longer serving them. But how do you change what is often a subconscious response? Trauma activates what researchers call the "lizard brain," the part of the brain that operates on instinct and without forethought or reflection. But there are trauma-informed therapies that can help people heal from trauma. In addition, many people find that talking through their traumatic experiences in the context of a supportive, therapeutic relationship can help them take perspective on their behavior and ultimately, change their hyper-independent habits.

Not ready for therapy? Here are some strategies to overcome hyper-independence:

Hyper-independent people often have distorted beliefs such as “No one can be trusted,” or “Asking for help makes me seem needy.” Notice when you have these or similar thoughts and ask, Is this really true? Where might this belief come from? Is this belief serving me right now?

Hyper-independent people often have difficulty with the “Task-Trust-Ask” triad. Overcoming hyper-independence requires challenging yourself in these areas. Practice assigning tasks to others. This may be uncomfortable at first, but it’s the only way to teach your “lizard brain” to trust others. This will then make it easier to ask for help in the future.

There are 3 major communication styles:  passive, aggressive, and assertive. Hyper-independent people often have the misconception that being assertive makes them sound selfish or demanding. But being assertive is actually the kindest form of communication, as it requires being direct, calm, and respectful. Try using “I” statements like “I don’t like it when…” It can also be helpful to practice what you want to say beforehand.

Hyper-independent people often have double standards for themselves versus others. For this reason, it can be useful to imagine how you would feel about a friend in your situation. If your friend asked for your help, would you perceive them as needy or weak? Would you find it offensive if they asserted a need or made a request?

The human heart has a way of making itself large again even after it's been broken into a million pieces.

Breaking your hyper-independent habits can be scary at first. It may feel safer to hide behind a shield of self-sufficiency. But hyper-independence keeps you from experiencing a lot of things that make life valuable, like long-term, mutually satisfying relationships. In addition, hyper-independent people are more prone to stress and burnout. Overcoming hyper-independence doesn't happen overnight, but with therapeutic support and small, actionable steps, you can get rid of hyper-independent coping skills that are no longer serving you!

Sheleana Aiyana, author of Becoming the One

What are signs of hyper independence?

1. Refusing help even when it is needed.
2. Feeling like no one can understand or relate to them.
3. Feeling the need to do everything alone.
4. Struggling to ask for help or accept it when offered.
5. Feeling overwhelmed and unable to delegate tasks.
6. Rejecting advice or suggestions.
7. Feeling resentful when asked to rely on others.
8. Taking on more than can be realistically handled.
9. Being overly self-critical.
10. Feeling like it’s a sign of weakness to ask for help.

Is extreme independence a trauma response?

Yes, extreme independence can be a trauma reaction. People who have experienced traumatic events often try to take control of their lives and become independent to cope. This can manifest itself in various ways, including avoiding relationships, refusing help, and having difficulty trusting others.

What is toxic independence?

Toxic independence is an unhealthy mentality in which people feel they have to do things on their own and reject help from others. It can lead to feelings of isolation, burnout and inability to ask for help when needed.

A person's upbringing typically causes ultra-independence, life experiences or psychological composition. It can be the result of feeling strong and self-reliant, or fear of relying on others or trusting them. It can also be caused by the need to assert one's autonomy, or to avoid or deny feelings of vulnerability or need.

Nootropics in Coffee: How to Boost Your Brainpower with Caffeine

Forget Me Not: Making peace with the fear of being forgotten